His Mug Runneth Over

Two years ago, I offered Noam a fresh mug of coffee at work, and he told me, “It looks better than the coffee I make at home!”

“Well, around the third or fourth time I run the water through the filter, I end up drinking beige hot water with a few coffee grounds floating on top.”

That weekend, the Saturday after Thanksgiving, Laura and I went to Bed, Bath & Beyond and bought a mini Keurig coffee maker for Noam.  One pod per cup. Simple. We called and told him we had a surprise, and asked if we could drop by.

“Only if you share a healthy drink with me,” he said.

“Of course,” he said.  “Doctor’s orders. I have to drink more fluids.”

“He’s talking about water,” I said.

At his house, we set up the coffee maker and gave him a quick lesson: insert a disposable pod into the receptacle, fill the machine with a mug of water, position the mug under the spout, and press the button.  When your coffee is ready, you throw away the pod.  (Although they are biodegradable, I wish the pods were recyclable.)

A few Saturdays later, we returned to Noam's house to replenish his coffee supply and drop off holiday food gifts that had accumulated at the office. I needed to take a break from my writing. It was not flowing, and I had recurring feelings of self-doubt, asking myself once again whether I should be in a formal writing program. I felt I had a lot to learn.

In his kitchen, Laura grabbed two highball glasses from the cabinet to the right of the sink and prepared a couple of single-malt scotches for the two of them.  Opening the door where the coffee was stored, I found only one open box, and it still held a few pods out of the original eighteen.  I know he drinks at least two or three coffees every morning, so this didn’t make sense.

“Noam, what’s this?  Why do you still have so much coffee in here?”  “In here,”  referred to the inside of his forty-year old, oversized and outdated Hotpoint microwave oven, which was permanently affixed to the top of a brown electric cooktop and oven. This was surely a fancy, modern appliance way back in the early 70’s, but while the stove and oven still worked, the microwave on top did not, and Noam was pretty pleased with himself for reassigning the dead space as a coffee pod storage area.

Noam put down the New York Times and turned to me from his seat at the white Formica kitchen table, where a spot of glue still protruded from the horizontal strip I had recently glued back in place around the table’s lip.

“Why is there so much coffee left over?  It looks like you’ve used barely a dozen pods.

“I’ve been reusing them,” he confessed, turning back to his newspaper.

“How many times?” I asked him.

“What?” he said, turning toward me again, squinting in a way that always reminds me of Henry Fonda.

I moved around the table to face him, and spoke a little louder.  “How many times do you use each pod?” When he laughed just slightly and refused to offer a number, I made a face like I’d just eaten something sour, and lifted my fist in the air, shaking it until he returned the gesture, now part of our personal sign language.  This was not our first disagreement about his unnecessary and extreme frugality.

“One problem you might be able to fix,” he told me, his face turning serious again, “is how to keep the water from spilling all over the counter top.”

“Are you filling it twice?” I asked, as Laura handed him his glass of whiskey, lifting her glass in a toast, to which they each took a good slug. I reached for her glass and took a token sip, just enough to clear my sinuses.

“I followed your directions to the letter.  I’ve been doing exactly what you told me.  I think there’s something wrong with the machine.  Maybe we should just set up the old Mr. Coffee.” He shook his head and sighed at the consistent failure of technology.

“Show me how you do it,” I said.  Laura looked on, sipping at her drink.

Noam Chomsky was voted the world’s top public intellectual in 2005 by Great Britain, and he’s been compared to Aristotle and Socrates. I tried to keep this in mind while I watched what he did next.

He lifted a large mug that sat next to the coffee maker, filled it with water, and poured it into the top of the Keurig. Then he popped the pod into its slot, waited for the water to disappear, and closed the lid.  Next, he walked over to the open kitchen cabinet and pulled out a small mug and set it under the spout.

Laura put her glass down and brought what we saw as an obvious faux-pas to his attention.

Noam looked puzzled. “What?  What did I do wrong?” he asked.  He was all ears, as he loves to watch other people problem-solve, particularly when he is convinced that a technical problem has absolutely no logical solution.

“So the mug I use to pour the water in and the mug I drink from should be the same?” he asked.

“Simply put, yes, that would solve your problem,” Laura said.

He looked at Laura as if she were Neil deGrasse Tyson explaining the concept of multiple universes, and joined her by lifting his own glass to his lips.

I emptied out the reservoir and chamber, opened a new box of decaf pods, and made myself a fresh cup of decaf coffee, throwing the pod into his trash.  It was refreshing to remember that even one of the world’s top public intellectuals still had some things to learn. 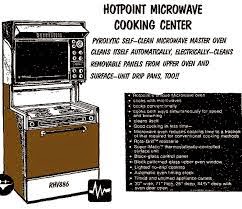